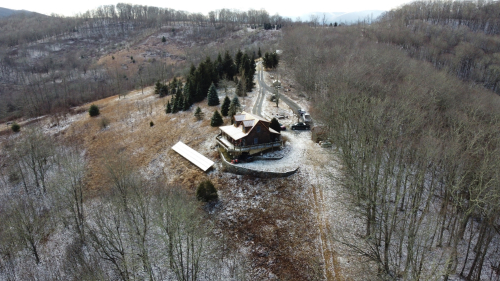 Brightside from the December Sky.

After an unusually cold Christmas week, where the low temperature dipped to -14°F on Christmas Eve, the weather turned mild, with an average daily temp of 35°F and only a miserly dusting of snow, barely enough in which to leave a bootprint. The past week has trended about five degrees colder, and as much as two inches of snow has remained a thin white frosting across the land, encouraging Tufted Titmice, Dark-eyed Juncos and Black-capped Chickadees to loiter about the suet feeders, even on rainy afternoons like this one. As undeniably raw and predominantly grey and white as these last few days of January have been, I find myself longing for bygone winters, when snowfall began during November deer season and remained piled along the Old Pike road well into May. When thigh-deep snow drifts in my wind-scoured, ridgetop garden made my dreams of low-tunnels bursting with winter greens just that, pure fantasy in a season so relentlessly harsh. Winters when no vehicles moved without aid of a plow and whole months passed when one dared not breathe the frigid air except through fabric. Winters when the story of the Simmons woman who once lived and ultimately died near our gate, having lost her way back to the house in a blizzard, seemed less apocryphal than flatly cautionary. Take me seriously! Warned the 50 mph winds carrying crystalline water that turned, not just the ground, but the whole world white. I do not care about you.

You might wonder how I, a child of the Mississippi Delta, could miss such weather and its intrinsic demands on the body and psyche. And yet it's just because of those demands and the rigorous attention they require that I do. Nothing is so sweet as June following a final May snow melt, Serviceberry trees in bloom and Quaker Ladies and Bluets blanketing the newly green ground. After months of winter and a spring alternating between snow and mud, summer was once a long-awaited reward for playing it smart and planning ahead. We made it! Sang the returning Towhees, Pheobes and Vireos. Their joy felt personal because we humans made it, too. We made it through winter because of our attention, a span required to be long and unsplintered, unsparingly connected to the natural world. We made it because we relished the abstract beauty of the wind-sculpted drifts, the rare sunny days when the white earth shone as if diamond-strewn, the nights so dark and clear we realized with a shock that all of us on this planet are astronauts. We made it back then, during the deeply wintry winters, because we had no choice and no easy escape and within that choiceless endurance we found a point, a reason, the future experience for which to survive the present: Allegheny Mountain June, and the short, ecstatic summer for which it was harbinger.

In the absence of wintry winter, both January and June are diminished, reduced from their former selves, and thus what each month, and the season it heralded, once demanded of us: Our acute attention, our presence and patience. The seasonal blur doesn't make such demands and the general mildness sweeps us along, enabling our general distraction, though it might well, in the end, leave us more vulnerable to nature's fickleness and unsparing disregard for our well-being. As we are less intimately attuned, we are increasingly more shock-shocked when nature simply does what nature does. Our loss of the habit of waiting does not serve us well in this regard.

"It's good to wait for things," my stepdaughter said to me recently, regarding the advantages of waiting for the next episode of a streaming series to come out, rather than binge-watching the whole season at once. "Like we used to have to wait." Yes. For human beings, there is something deeply resonant about waiting. Through seasons of sowing, harvesting, illness and idleness. Through absence and presence. Waiting in joyful hope. Waiting for next Sunday's episode of our favorite show. For beginnings and endings. For Thanksgiving break. For the first snow. For the last snow. For the emergence of hyacinth and trillium. For the first strawberry, and the last berry picked until next year. For the first tomato eaten fresh off the vine, and the last one canned in October, and eaten on a reassuringly wintry day in February, after a memorably odd stretch of warm weather. I can't wait to open that jar. Which is simply another way of saying that I very much can wait and will.
-- January 29, 2023 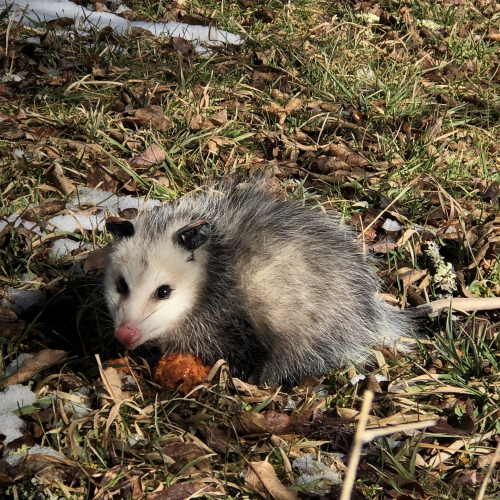 Young Opossum under the Grandmother Tree.

This young'n is eating a fallen apple under our totemic Grandmother Tree, around which we have built our garden, vineyard and housing for poultry and goats. A key fixture on a game trail spanning at least 100 years, the Grandmother Tree brings abundant wild animal life to our farm. And crazy good cider apples to us! 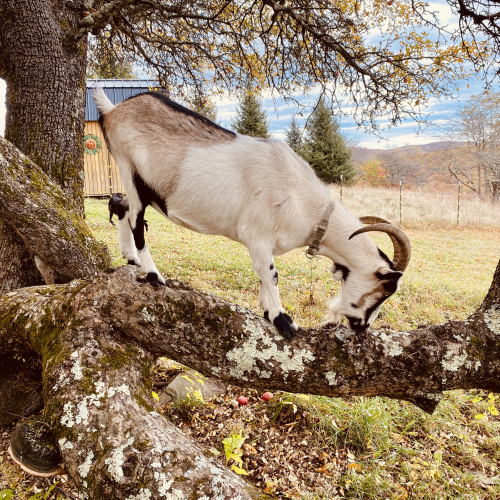 Dora on the Grandmother Tree.

After many losses of life in 2021 & 2022, including her much beloved mother, Miss Clyde, Dora has emerged as the de facto leader of all furred and feathered animals at Brightside, whether they're living-here-full-time or just-passing-through. Dora is both an inveterate show-off, with a penchant for bucking, twirling and perching upon benches and chairs, and a staid, dedicated homebody, who, while living an entirely free-range life, never wanders far from the reliable comforts of home and crew. 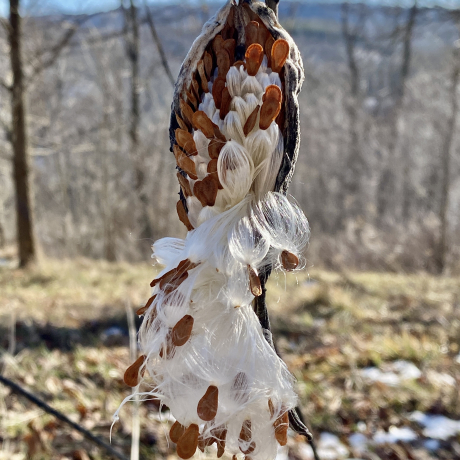 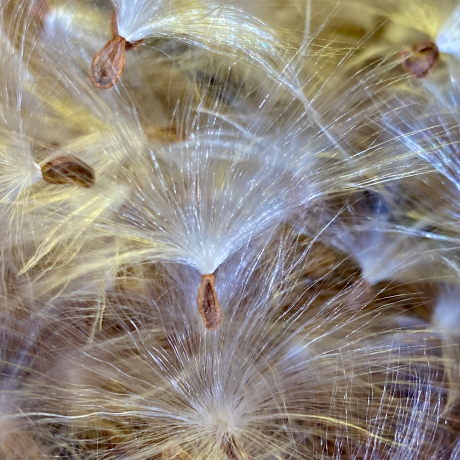 One of the many wonders of winter is watching Milkweed pods split open and release their seeds, each connected to an array of filamentous helicopter blades which bear them aloft on a breeze or a puff of breath from my mouth. 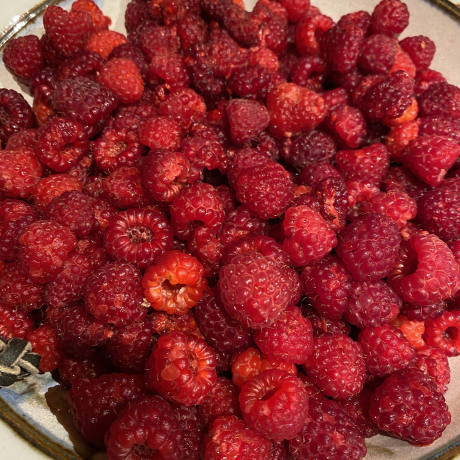 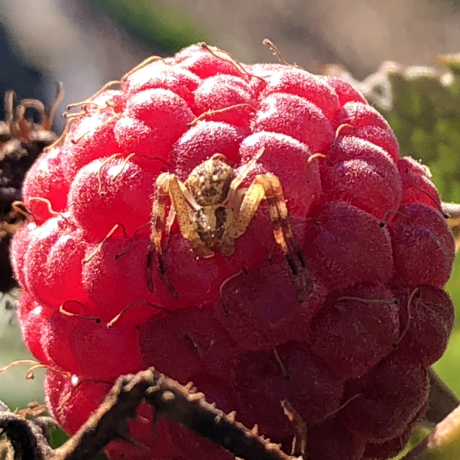 Winter is the time for processing fall-harvested herbs still on the drying racks and packaging for sale what's left of summer-picked herbs stored in Mason jars. Available in short supply for purchase now through the Brightside Store are these perennial favorite teas: Soothing Sassafras Root, Necessary Nettle, Nourish My Body and Starry Nights; and chef's delights: Sumac Spice and Herbes de Provence. Also the last few jars of a uniquely complex and flavorful crop of Rich Raspberry preserves.

Scenes from the Drying Room 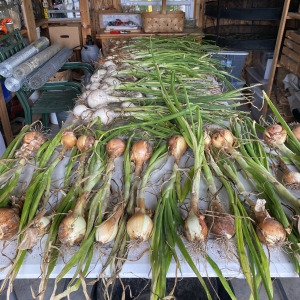 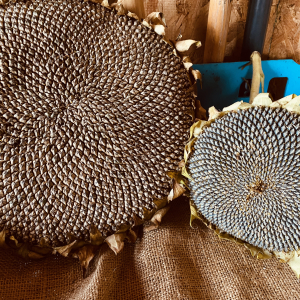 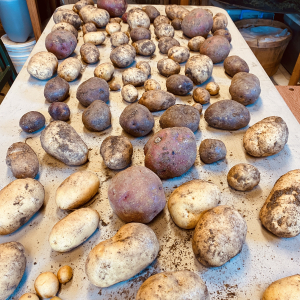 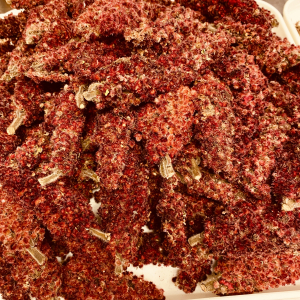 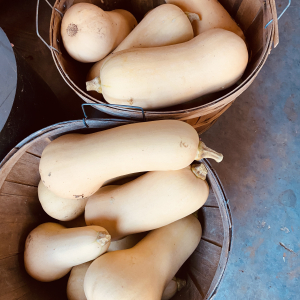 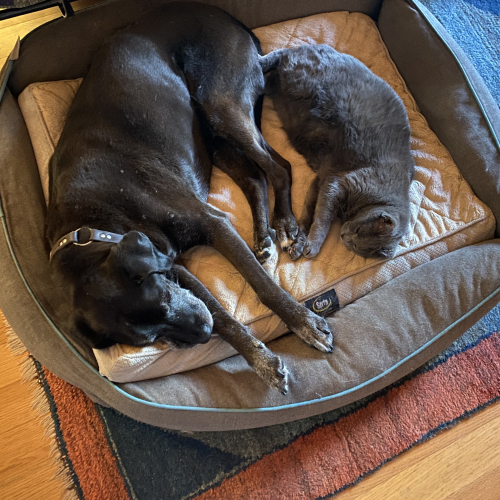 Winter is good — his Hoar Delights
Italic flavor yield
To Intellects inebriate
With Summer, or the World —

Generic as a Quarry
And hearty — as a Rose —
Invited with Asperity
But welcome when he goes.
--Emily Dickinson

Want to send us a note? We'd love to hear from you! Please drop us a line.