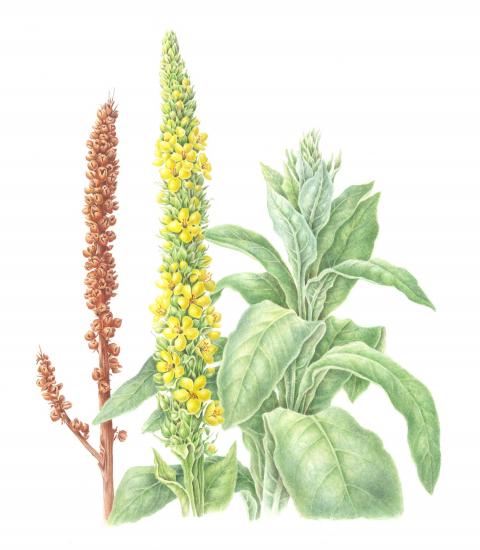 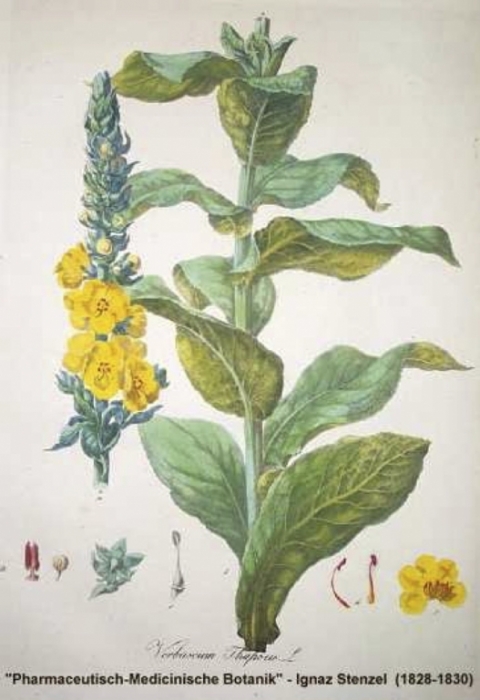 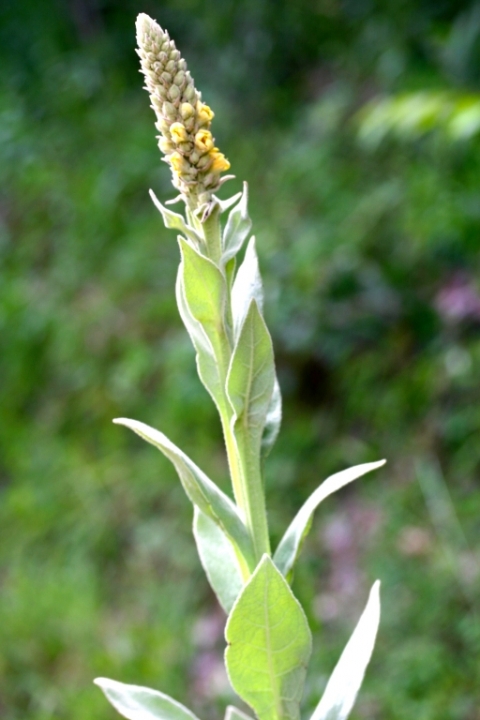 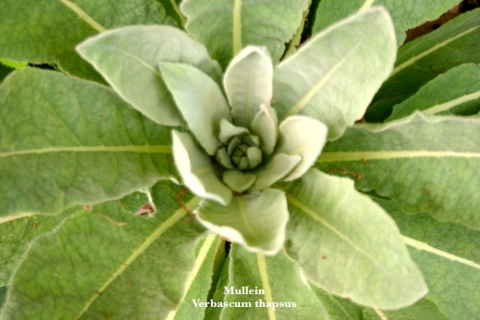 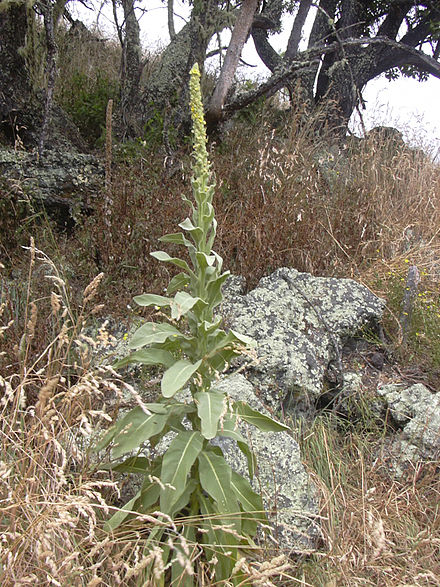 The more you know about Mullein you'll never think of it as a weed again! Once credited with magical as well as medicinal attributes, Mullein has been used throughout human history as a treatment for bronchitis, congestion, and common respiratory problems, including asthma. A proven expectorant, Mullein helps thin mucous and make coughs more productive. Possessing strong anti- inflammatory and anti-biotic proerties, the herb has also been used to treat wounds and ear infections. It was considered one of 23 important healing herbs in medieval Jewish medical practice. Mullein was listed in the US National Formulary from 1916 to 1936.

As far back as ancient Rome, the impressive stalk, dried, stripped of leaves and dipped in tallow, was used as a torch. Gold mines in California and coal mines in West Virginia were once lit by Mullein torches, gaining it the common name "Miner's Candle." It is naturalized throughout North America, and abundant in Pocahontas County, favoring disturbed areas and rocky soil. Mullein tea has a delicate, grassy flavor, delicious with honey.