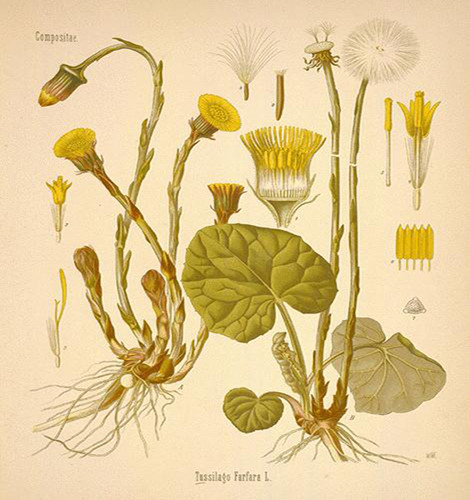 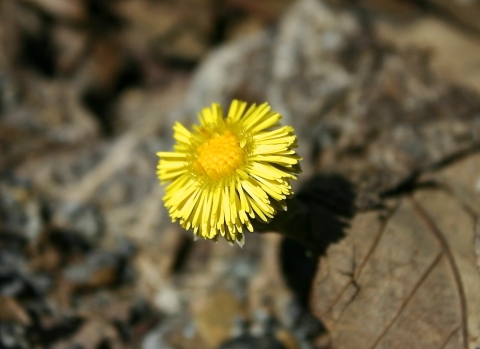 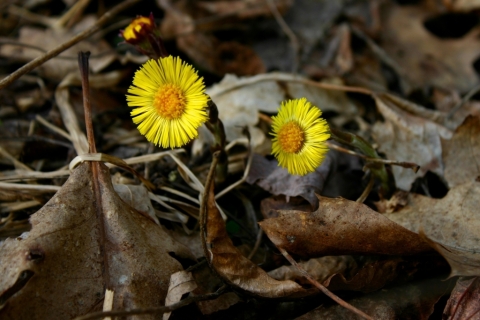 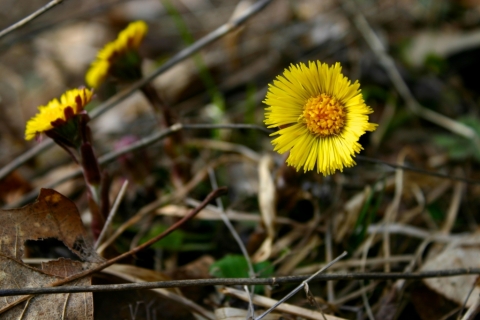 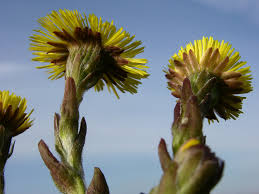 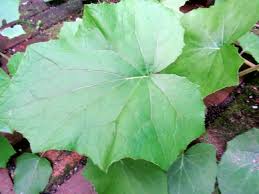 A true harbinger of Spring, the daisy-like flowers of Coltsfoot burst from the wintry earth on ruby-tinged stems. Heart-shaped leaves follow and remain, long after the flowers have gone to seed, growing ever larger throughout the summer.

Since ancient Greece and Rome, Coltsfoot infusions have been used to treat coughs and bronchial congestion. In fact, the Coltsfoot blossom was once the ubiquitous symbol of the apothecary. Throughout modern Europe and China, the leaves and flower heads are a popular remedy for chest ailments. The flavonoids in coltsfoot have an antispasmodic and anti-inflammatory effect, which eases spasms in the lungs during asthma and bronchitis attacks, allowing easier breathing. In addition to being anti-inflammatory, the polysaccharides in coltsfoot also act as expectorants, helping to break up and expel excess phlegm and mucous.